Australia vs Sri Lanka T20 World Cup 2022 Highlights: Defending champions Australia beat Sri Lanka by seven wickets at Perth on Tuesday. Chasing a tricky target of 158, the Kangaroos began slowly but Glenn Maxwell and Marcus Stoinis came all guns blazing to power their side to victory with 21 balls to spare. Stoinis was particularly brutal on the Lankan bowlers bringing up his fifty in just 17 balls.
Earlier, Sri Lanka put up 157/6. Sent into bat, opener Pathum Nissanka top-scored with 40 but consumed 45 balls to score those runs. Dhananjaya de Silva chipped in with 26 in 23 deliveries, while Charith Asalanka remained not out on a 25-ball 38, helping the islanders cross 150.
Follow Highlights of AUS vs SL from Perth below.
The Australian captain hits the winning runs and Australia romp home by 7 wickets! Australia win with 21 balls to spare and that will help their NRR. 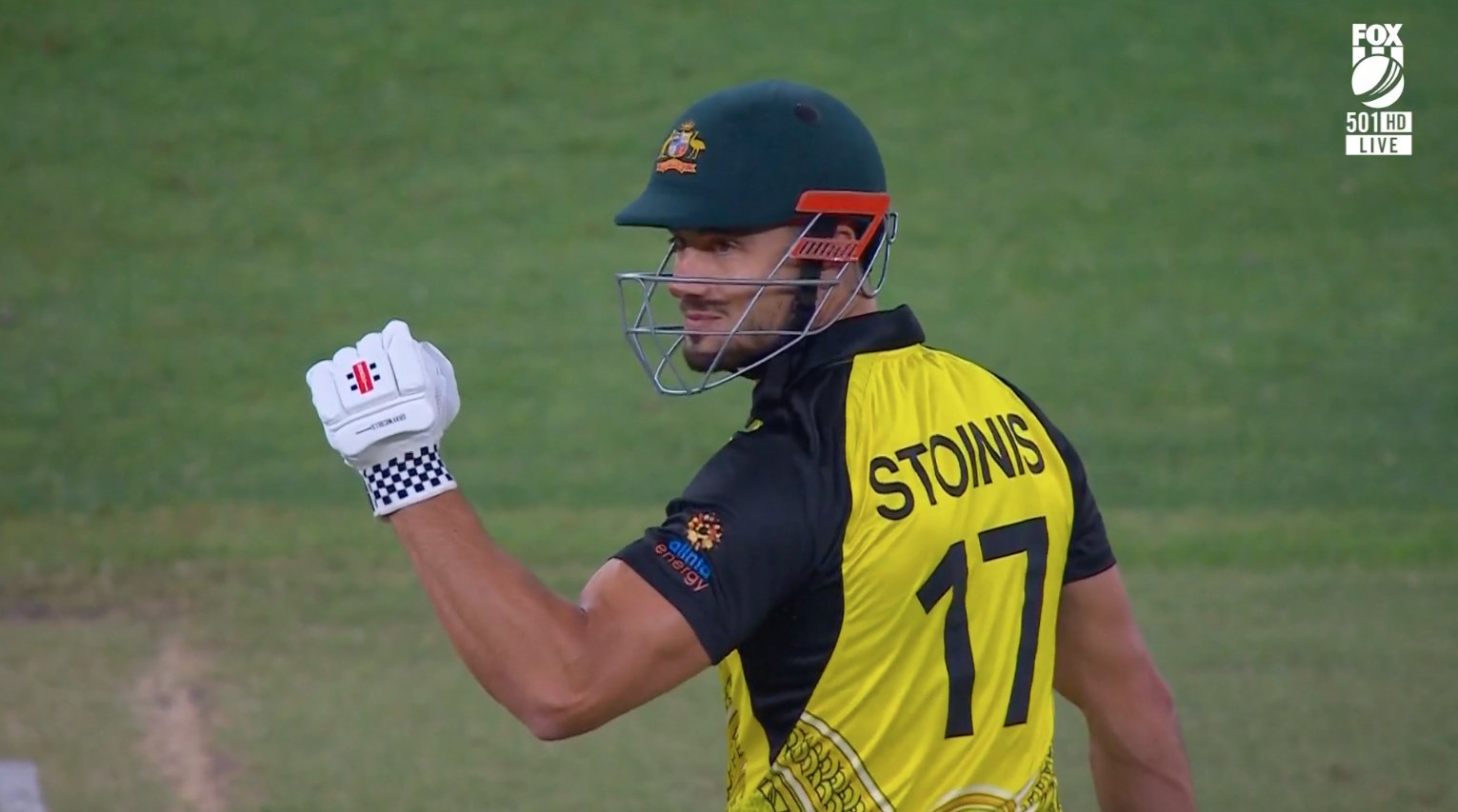 Stoinis backs away and slams Theekshana’s full toss for a maximum. This is the third of the over. Just a matter of time now. Score after 16 overs, AUS: 146/3


Maxwell gone #AUSvsSL pic.twitter.com/mg9coN9HZ9
Ashen Bandara times his jump to perfection and balances himself perfectly to take a spectacular one near the boundary to send back Maxwell. Sri Lanka are taking wickets just at the right time. Marcus Stoinis, right-handed bat, comes to the crease. 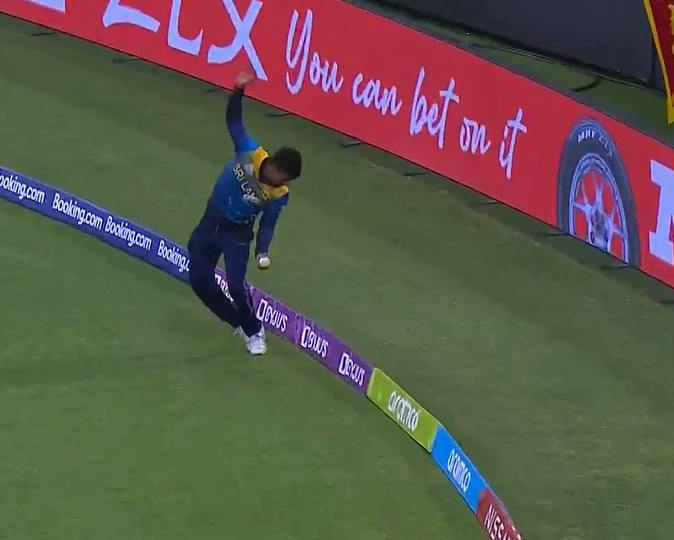 Dhananjaya gets the wicket of Mitchell Marsh, who danced down the track but did not connect well and is out-caught by Rajapaksa. The body shape was not good and probably let Marsh down. Score after 9 overs, AUS: 66/2 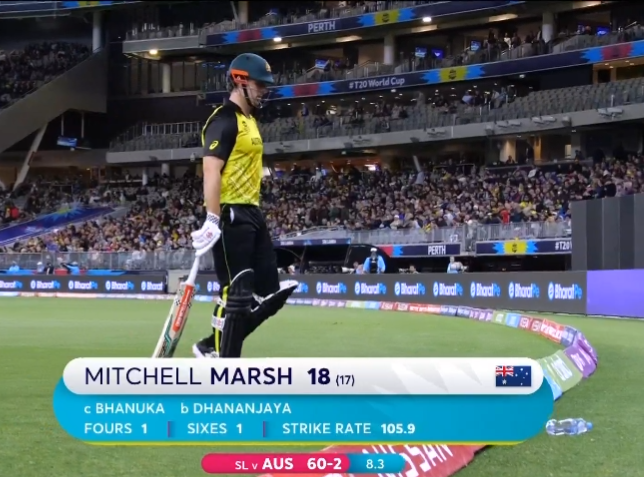 Australian batters at the crease struggling now, Aaron Finch batting on 11* (20) while Mitchell Marsh on 5* (12) has miscued it twice in the air but still surviving after Shanaka drops him. Score after 7 overs, AUS: 38/1

With Binura injured Sri Lanka are going to need to get through three overs from their ‘sixth’ bowler (probably Dhananjaya). By bowling him now (& backloading Hasaranga) SL are asking Australia to take early risks against the sixth bowler to try & buy a wicket. 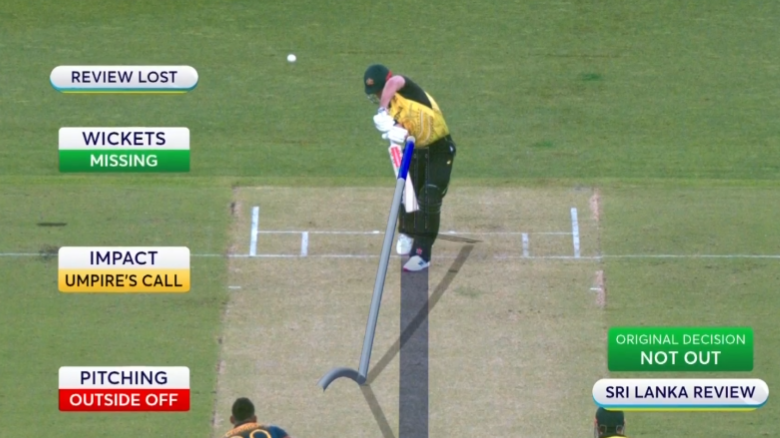 Introduced into the attack in the fifth over and David Warner is gone. Drawn into the drive by a fullish one but hit it to Shanka at cover. Score after 6 overs, AUS: 33/1

Big blow for Sri Lanka as Binura Fernando walks off the field due to an injury. Injury woes keep mounting for the Lankans. Score after 1 over, AUS: 6/0
Warner and Finch are at the crease. Warner is on strike. Binura Fernando will open the attack. This could be a tricky and nervy chase for Aus
What A Finish By Sri Lanka! Charith Asalanka helps Sri Lanka put up a fighting total. 20 from that last Pat Cummins over, SL have put on a decent total on the board. Probably 15 short but they have made enough to give something for their bowlers to bowl at. SL: 157/6 in 20 overs

Dasun Shanaka and Wanindu Hasaranga fall in the space of an over, leaving Sri Lanka at 120/6. The attempt to go big has not worked. Can they reach 150 ?
Starc comes back for his second spell and gets the big wicket of Bhanuka Rajapaksa. Rajapaksa departs after mishitting one to Cummins off Starc. A couple of wickets have dented Sri Lanka’s hopes of a big total here with five overs to go – what can they get? Score after 15 overs, SL: 106/4
Pathum Nissanka tries to attempt a run that was never there and has been run-out. He departs for 40 (45). Score after 14 overs, SL: 99/3
WICKET! ! Warner takes a brilliant catch. You cannot keep him out of the game. Dhananjaya de Silva is gone for 26. The 69-run partnership has been broken! Agar gets a wicket. Score after 12 overs, SL: 78/2
David Warner incredible fielding efforts.#SLvAUS #AUSvSLpic.twitter.com/XE0lvghBTz

Australia’s Pat Cummins, right, congratulates New Zealand captain Kane Williamson.
So long used to being roughed up by the bullies from across the Tasman Sea, New Zealand crushed defending champions Australia by a massive 89 runs in the opening Super 12 match of the T20 World Cup in Sydney. It was the Kiwis’ first win over Australia in Australia in any format since as far back as 2011. Set 201 to win, Australia crumbled to 111, their lowest T20I total at home. (Read More)