A 28-second video showing a massive cloud of smoke followed by an explosion is doing the rounds on social media. Many social media users are claiming that the incident is from Agartala, capital of Tripura, where a CNG car caught fire and exploded on the road.
A Facebook user posted the viral video with the caption in Bangla: আগরতলা বটতলার CNG গাড়িতে আগুন। (English translation: Fire in CNG car at Battala in Agartala.) 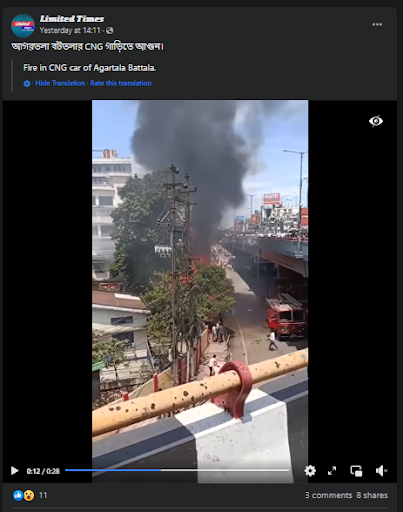 You can watch the video here.
NewsMobile fact-checked the viral video, and found it to be misleading.
Our search for news related to the CNG car explosion in Tripura yielded no results.
However, conducting a Reverse Image Search, we traced a YouTube shorts video, dated August 20, 2022, stating that the blast occurred in Bhangagarh in Guwahati due to a cylinder explosion. 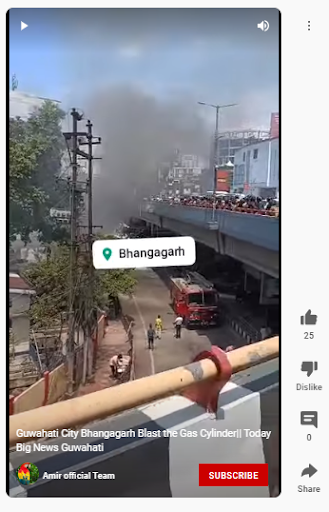 The keyframes and subjects in the August 20, 2022 video, titled: Guwahati Fire incident Today Near Bhangagarh Flyover, match with the viral video. A Google Keyword Search also confirmed that the incident happened in Guwahati. 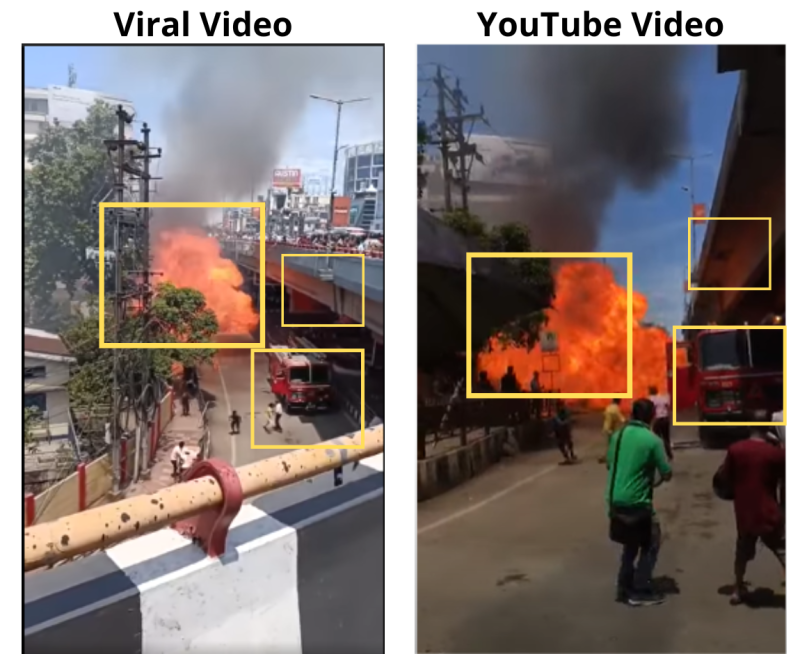 A news report published in Time8, dated August 20, 2022, has stated that the incident took place at a sweet shop located under the Bhangagarh flyover, and the main cause of the explosion were two cylinders. The blast damaged nearby shops as well. Other local media houses like Mynewsne, Pratidintime, and Newslivetv, too, reported the incident. 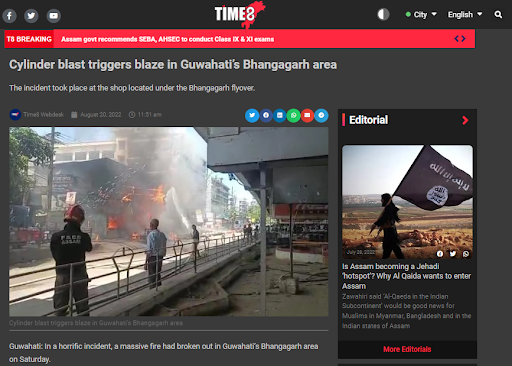 Another video — dated August 20, 2022 — titled: ‘Major fire breaks out at Guwahati sweet shop posted on the official YouTube channel of Northeast Live, has reported about the incident and informed that no casualties or injuries were reported from the mishap.

Similar news reports can also be seen on other media channels like OneIndia News, Sentinel Assam, and East Mojo as well. Thereby, proving that the incident in the viral video happened in Guwahati, Assam, because of the cylinder explosion, and it has nothing to do with CNG or Agartala in Tripura.
Therefore, we can conclusively say that the viral video claiming a blast happened in Agartala, Tripura, is misleading.