Manchester City/Sony
Speaking to SportsPro last year, Christina Wootton of Roblox said that every brand “will need a metaverse strategy in the future” and described those who already have one as being “at the forefront”.
I couldn’t help but think back to that when it was revealed towards the end of last week that Gatorade would be ending its partnership with the National Hockey League (NHL) as part of a wider pivot of its sports marketing strategy.
As well as shifting more resources towards college and women’s sports, what I found most interesting was the suggestion that Gatorade’s focus is also turning towards the metaverse, where the company is already set to launch a virtual iteration of its famous sports drink.
That shouldn’t necessarily be a surprise, but it is noteworthy that an endemic brand that has become so synonymous with sports sponsorship is pulling back from one of the major leagues to pursue opportunities in the digital world. If that is where Gatorade sees the future, then might there be a chance that other sponsors in sport are thinking the same?
For a long time sport has been an avenue through which sponsors have been able to reach vast audiences but, as adoption increases, the metaverse could afford brands an opportunity to directly reach even more people with new and immersive experiences, potentially making it a more appealing investment.
This isn’t to say that the metaverse represents some kind of existential threat to sports sponsorship, but rather to highlight the fact that brands may be reassessing where they allocate their marketing budget in response to the avenues opened up by this new realm.
Still, there are also signs that brands believe the metaverse can actually enhance their sports partnerships. HSBC, for example, established a presence on The Sandbox so that it can work with the likes of the World Rugby Sevens Series and LPGA Tour to drive fan engagement in virtual environments.
Perhaps more importantly, though, is that those on the sell side are responding in kind. Manchester City have so far offered the most high-profile example, partnering with Sony to build a virtual recreation of the club’s Etihad Stadium, where there will no doubt be opportunities for unique activations for the team’s sponsors, in addition to the extra exposure it will provide.
The consensus seems to be that the metaverse represents an opportunity to reach new fans and engage with international supporters by replicating physical experiences online. But it also doesn’t seem too wild to suggest that it won’t be long before we see sponsorship contracts including metaverse activations alongside branding opportunities and other social and digital campaigns.
Indeed, those sports properties that adapt early and can help their partners achieve their objectives in the metaverse are likely to be the ones that benefit.

Regular readers of this newsletter will be well aware of Cazoo by now, primarily thanks to the online car retailer’s aggressive push into sports sponsorship since 2020.
Back then, founder Alex Chesterman told me that sponsorship was “a natural part” of an overall plan to build brand and gain awareness, an objective you could argue has been achieved as part of Cazoo’s attempts to normalise selling cars online.
This week, however, it was revealed that Cazoo will be cutting around 750 jobs in an effort to slash costs by approximately UK£200 million as part of a broader business realignment plan. Within that strategy is a commitment to lower brand marketing spend and ‘focus more on performance marketing’, which may well have some of its partners in sport scrambling for reassurances.
The company has already ended its relationship with Premier League side Everton – who have today announced a replacement – but still has deals covering more than 25 properties across some of the top European soccer leagues, as well as cricket, golf, rugby league, horse racing, darts, and basketball.
There’s no doubt that Cazoo has been one of the most prominent new entrants to the sponsorship market in recent years. But perhaps we’re about to see the company start shifting more contracts than it signs. 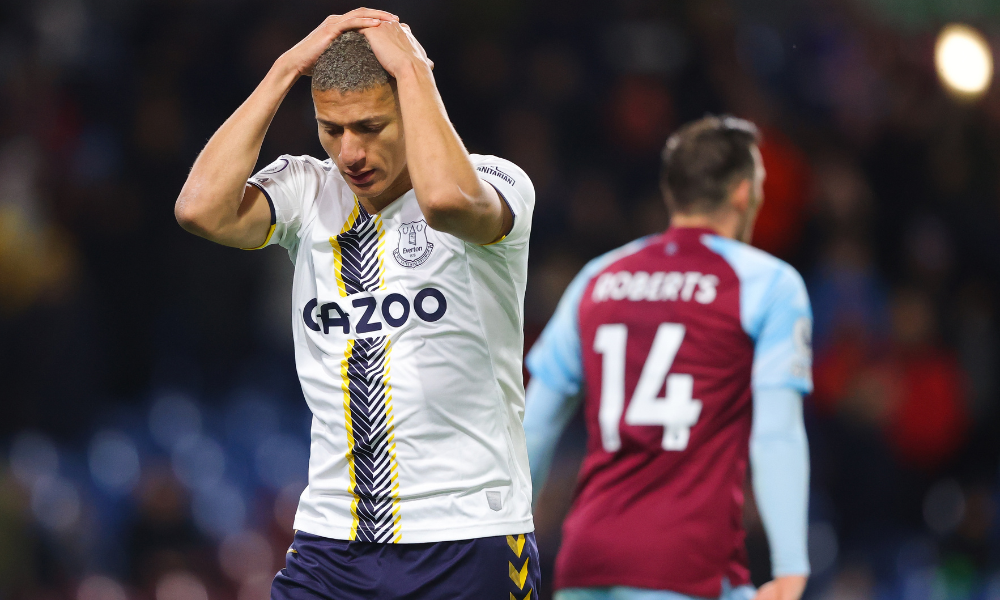 Cazoo, which chose not to extend its deal with Everton, has said it is going to lower brand marketing spend
It has been a difficult week for the PGA Tour’s RBC Canadian Open, the organisers of which have seen some of the world’s top golfers turn their back on the sport’s preeminent circuit to play in the inaugural LIV Golf Invitational Series at the Centurion Club.
Still, though, a select few of those in attendance at St George’s Golf Course will be treated to an unusual, premium viewing experience by theScoreBet, the tournament’s official gaming partner, which will be hoisting fans 100 feet above the first and 18th holes. As well as getting a bird’s eye view of the action, the 22 spectators in the Skyline Seats will be served food and drinks while the action unfolds below them.
Cool, sure, but perhaps not one for those of a nervous disposition.
This is what the view looks like from theScore’s ‘Skyline Seats’ hanging over the RBC Canadian Open 👀pic.twitter.com/jSEy0gp8Ip

The National Basketball Association (NBA) saw its sponsorship revenue soar by 12.5 per cent during the 2021/22 season, according to IEG, which says the league and its teams brought in a cumulative US$1.64 billion from their various deals.
The main takeaway from the study was that crypto brands such as Crypto.com, FTX and Coinbase pumped a whopping US$130 million into the NBA during the campaign, making it the second-highest spending sponsorship category behind technology.
For context, the crypto sector ranked 43rd just a season earlier.
Want this feature delivered directly to your inbox every other Thursday? Sign up to the SportsPro sponsorship and marketing newsletter here.
Enjoying SportsPro content? Create your MySportsPro account and get enhanced access.
Have an account? Log in