Seven years is a long time to return to the familiar. Having spent my childhood in Muscat, the capital city of Oman, where the Arabian Sea—unlike Mumbai’s steely grey ocean—is cyan, and the rolling Hajar range, a looming presence covering a wide expanse of its landscape, the Gulf has always had a piece of my heart.
During a recent trip to Abu Dhabi’s Yas Island, some of my early memories came back to me. So did those years of sitting in front of the idiot box—when cable TV was the rage—spending empty hours watching the gimmicks of Tom and Jerry, and the antics of the stone-age Flintstones and their antithesis, the futuristic Jetsons. 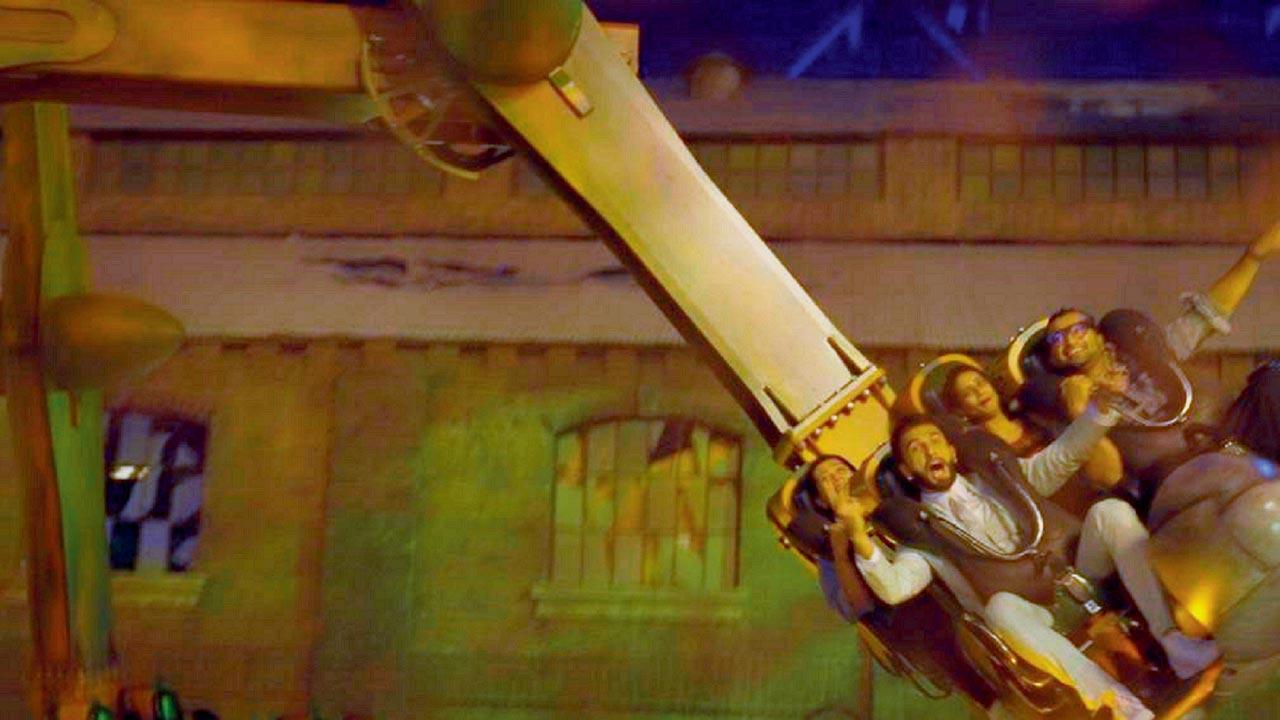 This writer joined actor Ranveer Singh on the Scarecrow Scare Raid, a thrilling flight with 360 degree aerobatic spins
We had only heard about Yas Island because of Ferrari World, the Ferrari-branded theme park, and of course, actor Ranveer Singh, who recently became its poster boy (on him, later).
A 20-minute short drive from the vertical-marvel that is downtown Abu Dhabi, the leisure and entertainment destination that spans 25 square kilometres, was going to be our home for three days. We are at the Warner Bros World Abu Dhabi that overlooks our hotel room at The WB Abu Dhabi, Curio Collection by Hilton, where just moments ago, we had been marveling at a page from a screenplay of the iconic Hollywood film, Casablanca (1942), framed on the wall. Batman gets our attention first—a towering six-footer, with a deep husky voice that’s slightly unnerving. Totally in character, we feel, as he gets us to stand at ease, and do a fist bump, while a friend takes a photograph. “I don’t hug,” he warns. 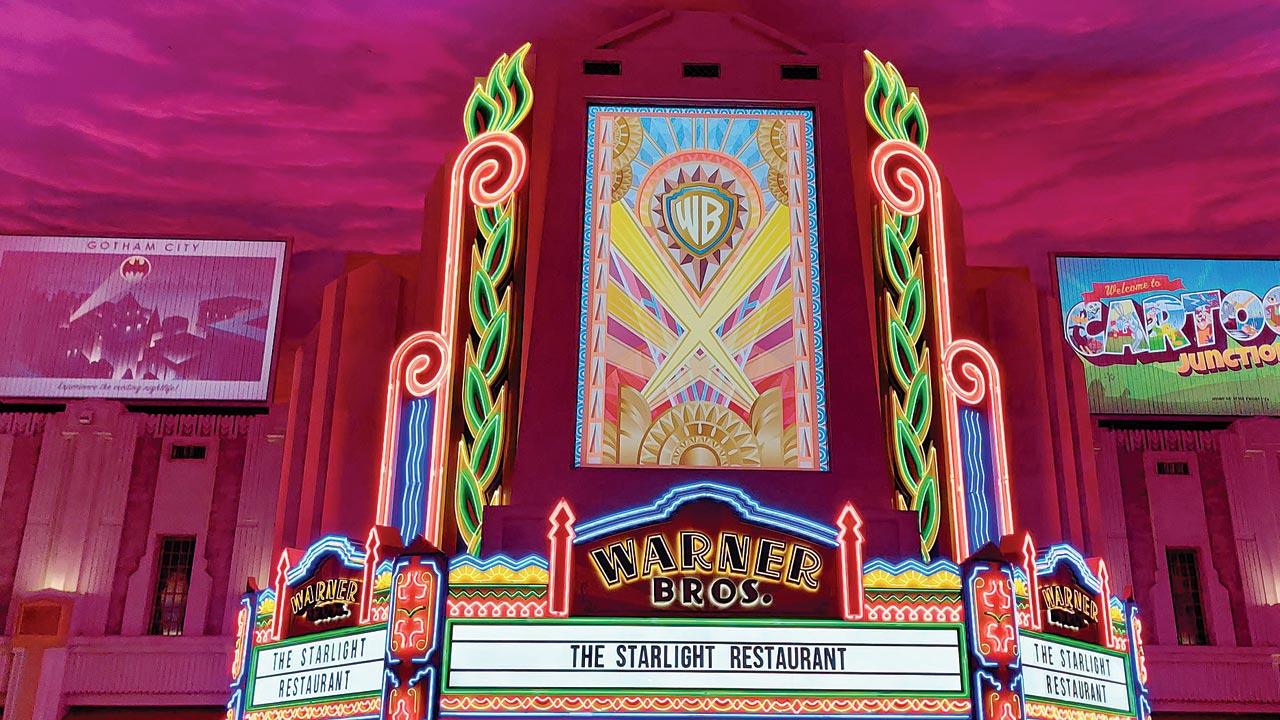 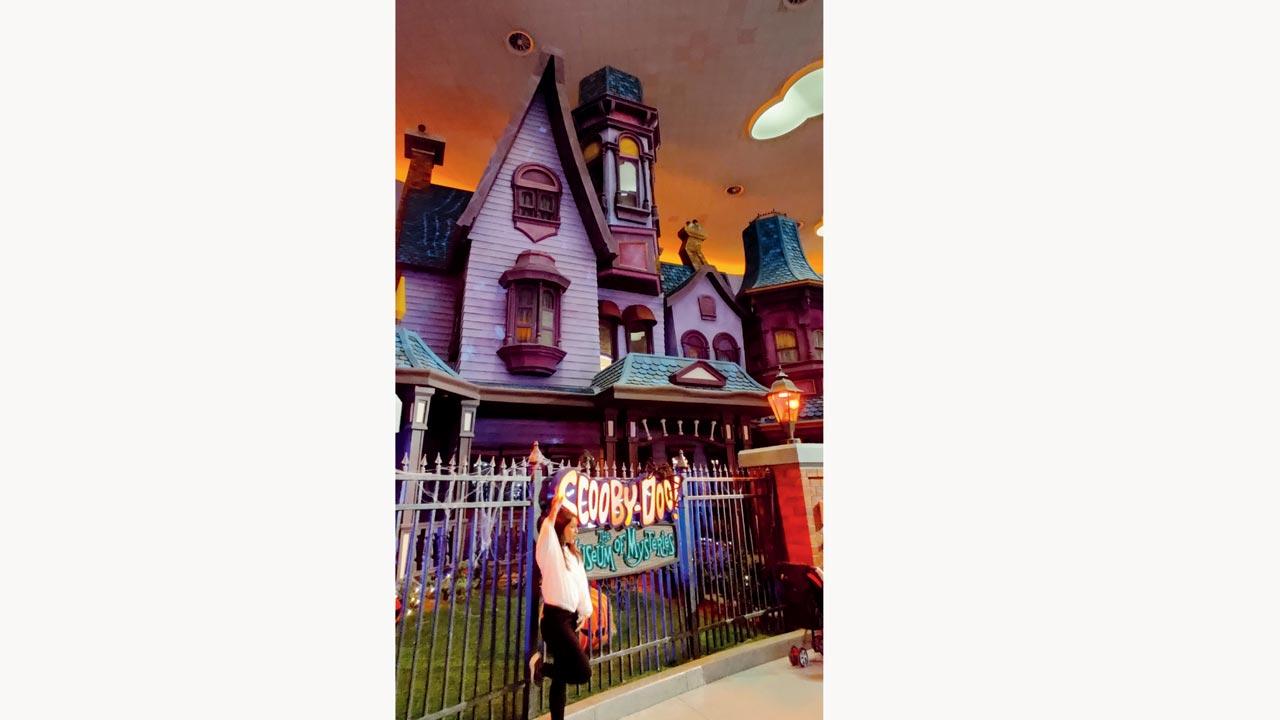 At the Museum of Mysteries you can enjoy a spook trip, with Scooby-Doo and friends
It was in the dark abyss of Gotham City’s waterfront district that our hair stood on end. Quite early on, we tried the Riddler Revolution, “a fiendish contraption” inside a warehouse-like space, that as the name suggests revolves horizontally and even perpendicularly. This wasn’t half as bad as the Knight Flight, a high-speed VR experience through the skies of Gotham, which had our stomach churning. To imagine yourself flying with dizzying drops, spins and rolls, brought memories of our pre-pandemic sky-diving feat in New Zealand.
What we made a deliberate effort to stay away from was the Scarecrow Scare Raid, another thrilling flight with 360 degree aerobatic spins. How deluded we were to have come out of the theme park, glad to have thought we were unhurt by that experience? And then, Ranveer Singh happened—a happy accident you would presume. Not until we heard of his plan. The Yas Island ambassador was visiting Abu Dhabi for a string of events, and invited us to join him for a ride. No prizes for guessing which one he chose. Reluctant as we were, we took the plunge, squeezing our eyes shut, screaming our lungs out—but laughing through it all. The cherry on the cake was a selfie with the actor. Wasn’t as bad as we thought, if we were to ignore having been upside down for a few nerve-wracking seconds.
The island, which will next be hosting the IIFA Awards, has regular shuttles from one centre to another—you can even dare a walk, but the afternoon sun stays long and is harsh. We visited the much-hyped Ferrari World on our last day, where a significant wait time—nearly an hour—was spent at Formula Rossa, which at 240 km/h is the world’s fastest roller coaster. Ahead of us was an elderly couple, who’d been cautioned about the risks. They went before us, and when they returned, the old uncle joked, ‘don’t wet yourself’. The 2.2-km-long ride was over in less than a minute, but the after effects, a dizzy head and wobbly feet, lasted the entire day. Warning: Don’t eat a meal at least two hours prior to the ride. The Ferrari theme park in itself has a lot to pack in, including shopping arcades and plush eateries. Everyone loves a good souvenir, and there are plenty, from mugs, keychains to mini cars, but it comes at a premium. Some as expensive as the cost of your ticket.
Facing one’s fears can sometimes be daunting. On a personal note, 2022, a month away to its end, has seen us being thrown into the deep end once too many, without any warning at all. In a welcome change, we had complete control to how dangerously far we’d go, choosing the ride, prepared for the consequences.
While private cabs to Dubai from Yas Island would cost you anywhere between 400 to 500 AED, this writer who went exploring the Emirati capital, covered the distance in less than 100 AED. We shared a private cab from our hotel to Central Abu Dhabi with three others, which came to about 20 AED. We took an inter-city public bus from the Central Bus Station at Abu Dhabi, to the last stop, Ibn Battuta in Dubai. The travel time was less than two hours, and it cost us 35 AED, which is inclusive of a rechargeable card. Our return trip came up to 25 AED, and took us just 50 minutes. For outstation travellers, the bus has Wi-Fi. Etihad Airways has daily flights from Mumbai to Abu Dhabi.
We are looking to visit and write about interesting places of stay and travel, near and far. If you wish to host us for a fair, engaging experience review, write to us at [email protected]